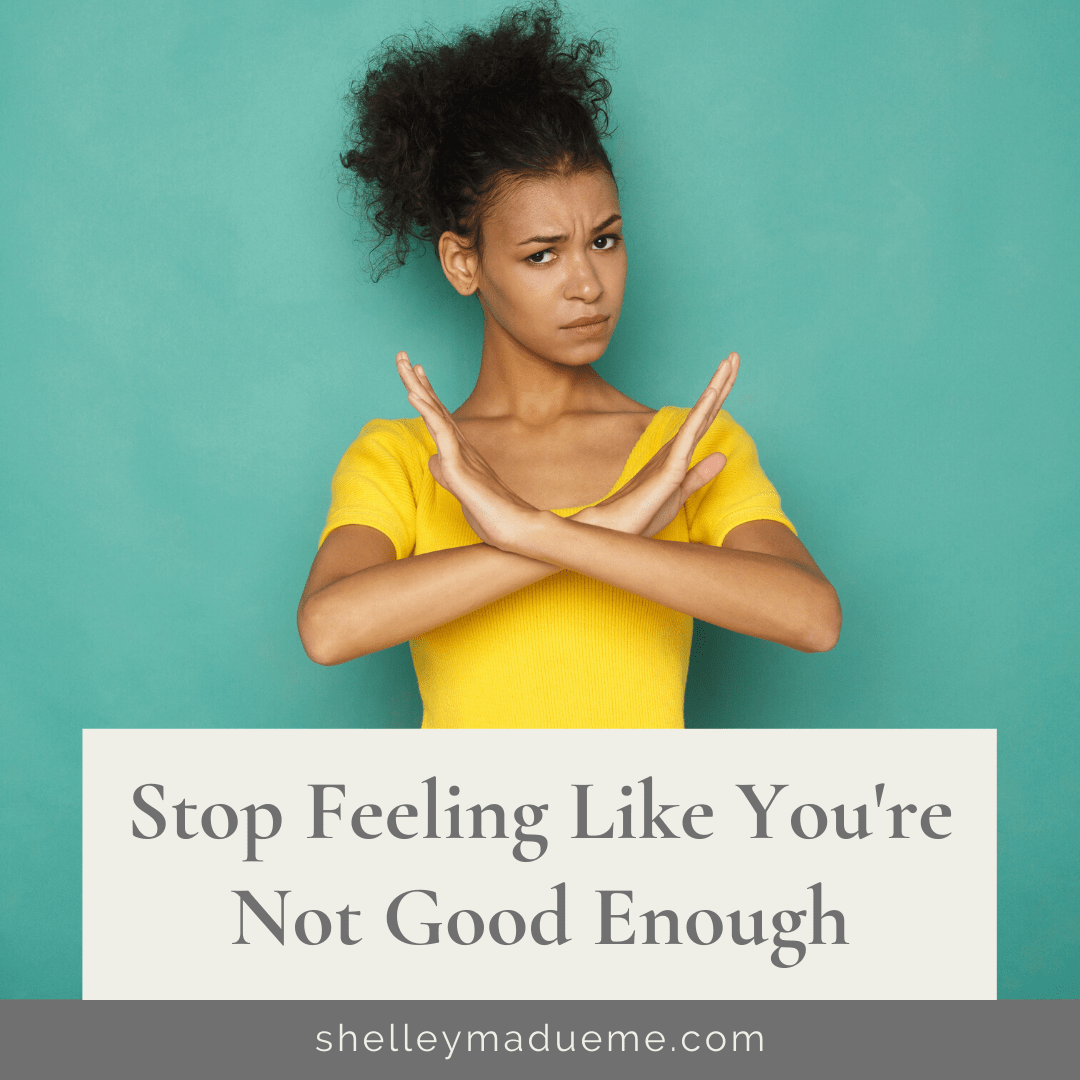 For years I’ve struggled with feeling like I’m not good enough. Not good enough as a Christian, a mom, writer, theologian, you name it. Admittedly, the standard I was using was vague, a mish-mash of sources and impressions. The way we’re bombarded with enhanced images and aspirational messages every day can easily warp our idea of what it means to be good enough. When you scroll through Instagram, it seems like everyone else has it together. But the reality is we only see people’s highlight reels, what they want us to see.

In my life, this sense of not being good enough has had negative consequences. For about seven years, I felt like I missed my chance to do anything meaningful with my life. Becoming a mom and not finishing my degree left me feeling uncertain about my abilities and value. I would tell myself “It’s too late to try something new, and besides, everything has already been done.” Now obviously, this isn’t true, but it felt true to me, and I made decisions as if it were true. But then the Lord spoke to me through an obscure verse in the book of Joel.

Here’s a quick review in case all of those minor Old Testament prophets run together. Joel was a prophet who communicated the word of the Lord to Jerusalem and the nation of Judah. He told of the judgment that the Lord was going to send on them and called on the nation to repent of their drunkenness and return to the Lord.

But Joel’s message wasn’t all gloom and doom. He also spread hope when he spoke about the rebuilding of Zion and the judgment of the nations that had oppressed them. There, tucked away in this vision of the future, is the verse that has been an encouragement to me (Joel 2:25): I will repay you for the years the locusts have eaten.

Now Judah had experienced several years of severe famine because of locust invasions, like the judgment that Egypt experienced during the 10 plagues of Moses. But the Lord wasn’t going to completely destroy his people. He was going to bless them with abundant food and drink and restore the years they had lost. God would be with them and be their God and would perform great signs and wonders.

The restoration of lost time that Joel described is a deep encouragement to me. The irony is that I can’t actually go back in time and relive those seven years, but the Lord can bring good out of them. My trials can be an encouragement to others and they bear witness to the Lord’s ability to restore our broken places. Even when I don’t see much evidence that God is doing this work in my life–and I have those days!–I cling to that hope by faith.

Throughout Scripture, we see God’s hand at work, bringing life to situations that seem hopeless…Sarah bore Isaac at age 90, God parted the sea so his people could pass through on dry ground, the walls of Jericho fell, God faithfully rescued his people during the period of the judges, and on and on (see Hebrews 11 for more testimonies).

If God could bring good out of all these situations that seemed hopeless, he can do the same in my life. So I refuse to believe the lies that I’m not good enough, or that it’s too late for me to make an impact. I am good enough, not because of anything I have done, but because of the perfect work of Christ. Because of God’s grace and the fact that I’m still alive, it’s not too late for me to do the work he puts before me. I might be slow to understand, but God is patient with us and has promised to bring the work he began in us to completion (Phil 1:6).

So instead of feeling inadequate, we need to look to Jesus. His sacrifice for our sin made it possible for us to be reconciled to God. Jesus is the reason I am good enough for the work God has called me to do. Being good enough has nothing to do with how beautiful, smart, thin, or funny we are. Rather, Jesus makes us good enough. And friends, this is Good News!