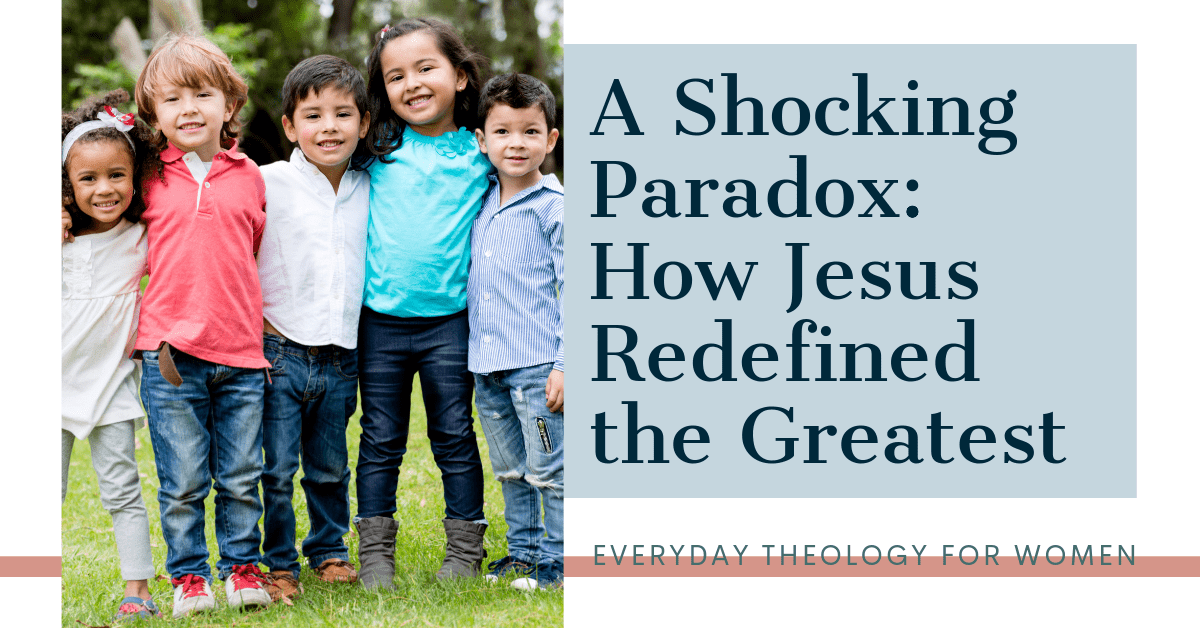 It’s definitely summer here in Georgia. It has felt like summer for months (it’s the south after all), but the long days, especially the long evenings, make me feel nostalgic for childhood summers.

What do you remember about summer evenings as a child? I remember carefree times and staying out until it was nearly dark, playing with kids in my neighborhood. No homework. Just freedom.

My evenings aren’t quite so carefree these days. In fact, a lot of things in my life aren’t carefree. I now have responsibilities that I didn’t have as a child.

I’m not talking about the kind of responsibilities that make me want to fret–just the ones that require regular attention, like cleaning up after the day and putting kids to bed.

Our Quest to Be the Greatest

But life’s like that. As we grow up, we have more responsibilities and leave behind the freedom of childhood. And because we are (hopefully) mature and trustworthy, we are tasked with more.

But this increased responsibility might cause us to think more highly of ourselves than we ought. Maybe we like to think that God really needs us. Our inflated opinion of ourselves might make us wonder if we’re on the list of the greatest.

I’m sure when the disciples asked Jesus who was the greatest in the kingdom of heaven (Matt 18:1-4), the last thing they expected to hear was instructions about becoming like a child. “I tell you the truth, unless you change and become like little children, you will never enter the kingdom of heaven.” (Matt 18:3)

The disciples were grown men, ready to take on high-level positions in the kingdom. Maybe they even expected that Jesus would tell them they were the greatest. Wouldn’t that be an ego boost?

Instead, Jesus told them that whoever humbles himself or herself and becomes like a child will be the greatest.

How can this be? In general, children aren’t that useful for responsible roles. We don’t let children sign contracts and vote.

How Greatness in God’s Kingdom Is Different

But the Kingdom of God is different. God doesn’t need or skills or our work to build his kingdom. He allows us to join his work, to seek first his Kingdom, but he most certainly accomplishes his will without us.

It’s easy to get drawn in by desires to be the greatest in the kingdom, but what God wants from us is childlike humility.

Our great minds and impeccable resumés aren’t impressive to God. We enter the kingdom of heaven by trusting Christ. We are dependent on God’s grace.

Are there areas of life where you feel like all the responsibility falls on you or where you want to be the greatest? What would it look like for you to have childlike faith in these areas?

Jesus demonstrated this redefined greatness in his life. But I assure you this call to childlike faith goes against our nature. But when we give up the desire to be the greatest, we find freedom.